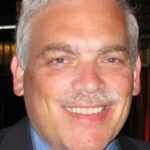 Joshua Hammerman, a celebrated rabbi and award-winning journalist, author and blogger, has served Temple Beth El for over three decades. As Temple Beth El’s spiritual leader, he has focused his efforts on creating an oasis of warmth, love and mutual respect, befitting the role of a modern congregation in an increasingly complex world.

Rabbi Hammerman strives to challenge congregants — and himself — to reach ever higher in setting spiritual and ethical objectives, and to delve more deeply into the rich vein of Jewish inspiration and wisdom available to us. He has been a champion of inclusiveness and innovation in synagogue life, implementing programs like Synaplex and Shabbat Unplugged while embracing people of all backgrounds and faiths. His articles have appeared widely (see many of them on his blog), and his column, “On One Foot,” has appeared regularly in The New York Jewish Week since 1995. He also is a regular blogger for the Times of Israel and writes frequently for the Jewish Telegraphic Agency (JTA) and the Religion News Service (RNS).

Among his many published personal essays are several written for the New York Times Magazine and Washington Post. He has been featured as About.com’s Conservative representative in its “Ask the Rabbi” series and as “The Jewish Ethicist,” fielding questions on the New York Jewish Week’s website.

During his time at Temple Beth El, Rabbi Hammerman has been president of the Interfaith Council of Southwestern Connecticut and the Stamford Board of Rabbis, a chaplain for the Stamford Police, and a member of the pastoral advisory committee of Stamford Health Systems. He also has served on the Rabbinic Leadership Council, a select group of rabbis chosen by Chancellor Arnold Eisen of the Jewish Theological Seminary (JTS), and he has been a member of the faculty of CLAL, the National Jewish Center for Learning and Leadership. In addition, he has been heavily involved in many Jewish think tanks, including JESNA’s Jewish Education 3.0 project, STAR-Tech and Synaplex.

His most recent book, Embracing Auschwitz: Forging a Vibrant, Life-Affirming Judaism that Takes the Holocaust Seriously, has been hailed as “by far the most original book on (the Holocaust) that has come along in a great many years.” See the press release from the Religion News Service. Author Peter Beinart calls it, “A powerful meditation on what Judaism could be in this time,” and Senator Richard Blumenthal adds, “With immense insight and unstinting honesty, this work looks hard at the Holocaust’s enduring meaning for Jewish identity and the world.” And Rabbi Dr. Irving (Yitz) Greenberg, the dean of post-Holocaust theologians, calls it “an important book and should be read by every Jew who cares about Judaism.”

His prior book, Mensch-Marks: Life Lessons of a Human Rabbi – Wisdom for Untethered Times, was published by HCI books in 2019. See the discussion guide and an overview of the book. Among the glowing reviews and endorsements, Daniel Gordis, author of ISRAEL: A Concise History of a Nation Reborn, wrote, “In this age, when leadership and morality often seem to have nothing in common, Rabbi Joshua Hammerman offers us a window into a deeply-lived life. From a genuine mensch, we learn what it is to live a life measured by moral growth and devotion to people and causes beyond us. Reading Mensch•Marks is bound to leave us all determined to live better lives and be better people.”

Rabbi Hammerman also is a contributing author to the collection, Holding Fast: Jews Respond to American Gun Violence, and to the book, When We Turned Within: Reflections on COVID-19. During the harsh months of lockdown and uprising that marked 2020 and 2021, Rabbi Hammerman’s regular dispatches, “From the Rabbi’s Bunker,” and “In this Moment” have provided comfort and inspiration to his congregants and many other readers.

He is the author previously of thelordismyshepherd.com: Seeking God in Cyberspace and contributor to the children’s book, I Have Some Questions About God, and the collections Text Messages: A Torah Commentary for Teens, and Peace in Our Cities: Rabbis Against Gun Violence.

Rabbi Hammerman was, in 2019, first prize winner for excellence in commentary at the Religion News Association Awards. He was also winner of the Simon Rockower award, the highest honor in Jewish journalism, for his 2008 columns on the Bernard Madoff case, which appeared first on his blog and then were discussed widely in the media. In 2018, he received an additional award from the Religion News Association for excellence in commentary, for articles written for the Washington Post, New York Jewish Week, and JTA.

Rabbi Hammerman is an avid fan of the Red Sox, Patriots and all things Boston; he also loves a good, Israeli hummus. He is an active alum of Brown University, often conducting alumni interviews for prospective students. He lives in Stamford with his wife, Dr. Mara Hammerman, a psychologist. They have two grown children, Ethan and Daniel, along with Cobie, Casey and Cassidy, three standard poodles. 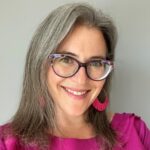 Cantor Katie Kaplan is a longtime member of the Jewish community in Stamford, Connecticut and is proud to serve as Temple Beth El’s cantor and music director. Growing up in Rutland, Vermont, her passion for music began at an early age, launching her to pursue a Bachelor of Music in Vocal Performance at New York University. She went on to sing numerous roles with regional opera companies before going on to obtain a Master of Science in Education from the University of Bridgeport and embarking on a career as a music educator, choral director, and voice teacher.

Over the past decade, Cantor Kaplan’s passion for Judaism inspired her to pivot her career to focus on cantorial work and Jewish music. Her training includes studies at The Academy for Jewish Religion in Yonkers, NY, and certification as a cantor through the Cantorial Intern of the Cantors Assembly (CICA) program. She has participated in several Jewish leadership programs including the Davennen Leadership Training Institute, Song Leader Boot Camp, The Women Cantors’ Network, and songwriting retreats.

As an educator, Cantor Kaplan’s experience includes extensive classroom and private studio work with students of all ages. She served as choral director and Middle School Music Department Chair at an independent school in Connecticut where she coached choral ensembles and soloists to perform for festivals, international concert tours, commencement ceremonies, musicals, and beyond. She pioneered programs for teens to discover their voices and connected students with forms of self-expression as part of her approach to Tikkun Olam. As a Jewish educator, she is deeply passionate about tefillah and provides students and adults with accessible translations and personalized approaches that can be integrated into their daily lives.

Before becoming TBE’s full-time cantor, she served the synagogue as High Holiday Shaliach Tzibbur, music educator, and song leader in the Religious School. She enjoys collaborating with the TBE team to create innovative services and loves introducing the congregation and students to new and traditional Jewish music.

Cantor Kaplan and her husband Eric live in Stamford with their two children and have been members of Temple Beth El since 2003. 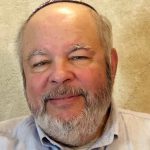 After graduating from Ohio University’s School of Journalism, Rabbi Ginsburg and his wife Fran moved to New York City. He began his career as a magazine editor. Then, after receiving his MBA from NYU, he worked on the business side of media. In 1986, he and his wife, Dr. Frances Ginsburg, moved to Stamford. He later opened his own consulting firm specializing in publishing and international direct marketing.

Rabbi Ginsburg is a member of the Association of Rabbis and Cantors (ARC).

In 1975, Steven co-founded Amazing Stores, building up the chain to seven stores in Connecticut. Following his 20-year reign as “Mr. Amazing,” he became director of development for the Human Services Council in Norwalk and served on its board of directors. Throughout this time, Steven remained active in Jewish affairs serving as president of the Norwalk Jewish Community Center; campaign chairman of the Norwalk UJA Federation; as well as president and treasurer of Beth Israel Synagogue in Norwalk.

In 2000, Steven returned to Jewish communal work, serving as executive director of Congregation Agudath Sholom in Stamford for seven years before joining the staff at Temple Beth El.

Steven’s wife, Lieba Lander, is an administrator at the Gan Yeladim Pre-School. The Landers have three children: Joshua, Deborah (who lives in Israel), and Karen; and five grandchildren. 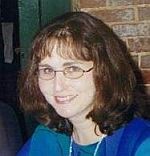 Lisa Gittelman Udi runs Temple Beth El’s Religious School and coordinates all adult education, teen programming and High Holidays children’s activities, among her other responsibilities. She is a dynamic and creative educator and skilled administrator with 15 years of experience as an educational director for various synagogues, including Greenwich Reform Synagogue. She also worked as a youth director and was the teen Jewish resource specialist supervisor at Surprise Lake Camp in New York State.

Lisa is a Phi Beta Kappa graduate of USC and has extensive post-graduate training in Jewish education, folklore and mythology. She and her husband, Amnon, have two grown sons, Adam and Jordan.

Hazzan Rabinowitz also distinguished himself as an interpreter of Jewish music, conducting three choirs at Temple Beth El. In addition to their extensive repertories, the choirs often premiered new works of Jewish music composed specifically for them. Among the many honors he has received, Hazzan Rabinowitz was named “Clergy of the Year” in 1995 by The Council of Churches and Synagogues — the first Jewish clergy in Stamford to be the recipient of this honor.

Hazzan Rabinowitz was married to the former Sondra “Sandy” Resnick, of blessed memory. He is the father of three daughters, ten delightful grandchildren and three great-grandchildren. He now resides in Burke, Virginia.